March is for the Ladies 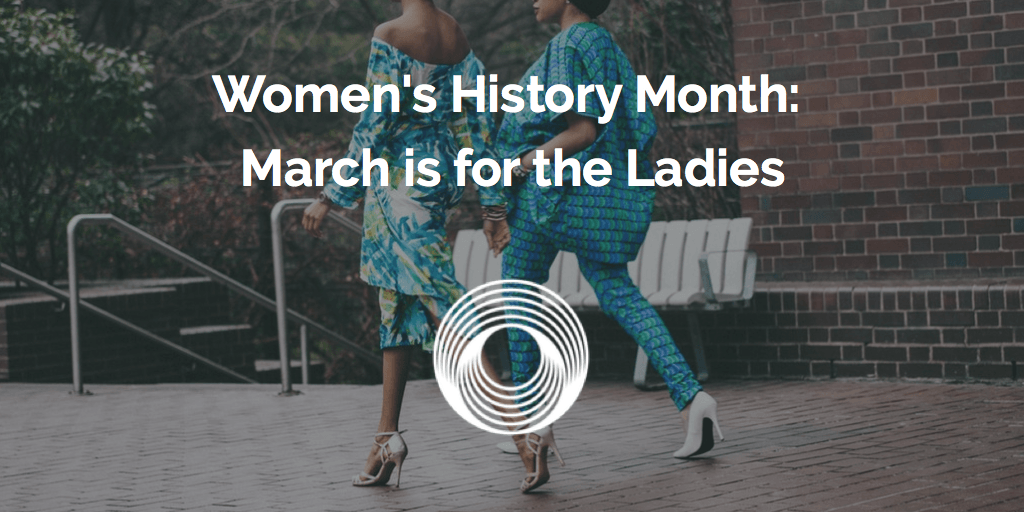 There are so many more influential women than are on this list, but if we listed them all, we’d crash the internet. So let’s take a quick look at a few of the most influential Black women of all time and what they did.

Maya Angelou – A Pulitzer Prize-nominated poet and civil rights activist who worked with Dr. King and Malcolm X, her autobiography I Know Why the Caged Bird Sings became famous for its depiction of racism and sexual assault.

Amy Ashwood – The first secretary and co-founder of the Universal Negro Improvement Association. She also helped popularize Negro World, the newspaper of the organization.

Mary McLeod Bethune – Known as “The First Lady of The Struggle,” the civil rights activist, educator, philanthropist, and stateswoman started a private African American college in Daytona Beach, Florida. She was also appointed as a national advisor to Franklin Roosevelt as a member of his Black Cabinet.

Melaine Campbell – The president and CEO of the National Coalition on Black Civil Participation, a group that seeks to increase the number of Black voters.

Angela Davis – During the Civil Rights Movement, Davis became involved with the Communist party, which lead her to be put on the FBI’s 10 Most Wanted List. She was later imprisoned and acquitted of kidnapping and murder charges. She has also been a professor and focuses on battling “industrial prison complex,” and Black women and intersectionality in feminism.

Ava DuVernay – The first Black woman nominated for a Golden Globe award for Best Director with her movie Selma. She is directing the up-and-coming live-action film A Wrinkle in Time. This makes her the first WOC directing a live-action movie with a budget exceeding $100 million.

Aretha Franklin – A singer and songwriter, “The Queen of Soul” is one of the best-selling artists of all time and winning a total of 18 Grammy awards. She has been inducted into the Rock and Roll Hall of Fame and UK Music Hall of Fame, GMA Gospel Music Hall of Fame.

Mittie Maude Lena Gordon – A former member of the Universal Negro Improvement Association,  Gordon established an the Peace Movement of Ethiopia in 1932., The organization became the biggest Black nationalist organization established by a woman in the United States.

Fannie Lou Hamer – A voting and women’s right activist, community organizer, and leader in the Civil Rights Movement, Hamer co-founded and vice-chaired the Freedom Democratic Party. She also organized Mississippi’s Freedom Summer alongside the Student Nonviolent Coordinating Committee. In 1993, she was posthumously inducted into the National Women’s Hall of Fame.

Stacye Harris – The first Black woman to become an Air Force Lieutenant General, Harris has a multitude of medals to prove she’s earned her rank and has more than 2,500 hours in flying military aircrafts.

Dorothy Irene Height – President of the National Council for Negro Women for 40 years, Height has been an educator and activist for the political rights of Black women. In 1994, she was awarded the Presidential Medal of Freedom.

Billie Holiday – A singer and songwriter, “Lady Day” pioneered a new way of manipulating musical phrasing and tempo which became an inspiration for jazz music and pop singing. She has been inducted into the Rock and Roll Hall of Fame, the ASCAP Jazz Wall of Fame.

Christina Hopper – The first Black woman to fly an F-16 fighter jet and the first Black female pilot to fly a fighter jet in combat. She now mentors other female aviators through a group called the Vance Supergirls.

Zora Neale Hurston – Best known for her 1937 novel Their Eyes Were Watching God, the novelist, short story writer, folklorist, and anthropologist was known for her contributions to Black literature, racial struggles in the American South, and her research  documentation of Haitian voodoo. Four novels and over 50 short stories, plays, and essays of Hurston’s have been published.

Carol Jenkins – An Emmy award-winning journalist and documentary producer, Jenkins has served as the founding president of the Women’s Media Center. She has turned her focus to the health of women and girls in the U.S. and developing countries, and now serves on the board of The African Medical Research Foundation.

Katherine Johnson – An African American mathematician whose work was crucial on several NASA space launches. She also helped to implement the use of electronic computers at NASA. in 2015, she was granted the Presidential Medal of Freedom and included in the 2016 BBC’s 100 Women.

Barbara Jordan – A politician and civil rights leader, Jordan was the first Southern Black woman to be elected to the House of Representatives. In 1976, she became the first Black female to give a keynote speech at the Democratic National Convention, was inducted into the Women’s Hall of Fame in 1990, and received the Presidential Medal of Freedom in 1994.

Coretta Scott King – Wife of Dr. King, Coretta was a Civil Rights Movement leader alongside her husband. After he died, she continued his work and became an activist for LGBT rights, women’s rights, African American rights, and anti-Apartheid movements.

Henrietta Lacks – The source of cells that make up the HeLa line, Lacks has unknowingly contributed to medical research since the 1950s. Her cells were used to develop the Polio vaccine, study diseases, and study human sensitivity to new products and medicines. Since the 1950s, 10,000 registered patents have involved HeLa cells.

Tamika Mallory – A civil rights activist, Mallory previously was the co-chair of the Women’s March on Washington and former executive director of the National Action Network.

Toni Morrison – A novelist, essayist, editor, teacher, and professor emeritus of Princeton University, Morrison is perhaps one of the most decorated Black writers. Morrison has won a Pulitzer Prize and American Book Award for her 1988 novel Beloved. In 1993, she was awarded the Nobel Prize in Literature, and in 1996, the National Endowment for the Humanities chose her for the Jefferson Lecture – the U.S. federal government’s highest honor for achievement in humanities. Also in 1996, she was honored with the national Book Foundation’s Medal of Distinguished Contribution to American Letters. In 2012, she was awarded the Presidential Medal of Freedom and in 2016, she received the PEN/Saul Bellow Award for Achievement in American Fiction.

Lupita Nyong’o – An Oscar winner, fashion muse, and Broadway star, Nyong’o has found herself in the spotlight for playing the strong female role of Nakia in Marvel’s Black Panther.

Issa Rae – An actress, writer, director, producer, and web series creator, Issa Rae gained recognition through her work on YouTube series Awkward Black Girl. She has received two Golden Globe nominations for Best Actress – Television Series or Musical in 2017 and 2018 for her work on Insecure.

April Ryan – A journalist and author, Ryan has served as a White House correspondent and is the Washington, D. C., bureau chief for American Urban Radio Networks, and a CNN political analyst. The National Association of Black Journalists named Ryan the Journalist of the Year in 2017.

Sojourner Truth – An abolitionist and women’s rights activist perhaps best known for her “Ain’t I a Woman?” speech delivered at a women’s convention in Ohio in 1851, Truth escaped slavery and worked to collect supplies for Black regiments during the Civil War and advocated for freedom during the Reconstruction.

Harriet Tubman – Born into slavery, Tubman escaped to Philadelphia in 1849. She returned to the South to help hundreds more slaves escape through the Underground Railroad and served as a spy for the Union Army. Soon, she will replace Andrew Johnson on the $20 bill.

Madam C.J. Walker – The first African American self-made millionaire, Madam Walker made her fortune by developing her own hair care system marketed specifically for Black women. She also contributed to scholarships at the Tuskegee Institute and donated to countless charities.

Ida B. Wells – A journalist, editor, suffragist, sociologist, feminist, Georgist, Wells was an early leader in the Civil Rights Movement and one of the founders of the NAACP. In 2002, Molefi Kete Asante listed her as one of the 100 Greatest African Americans, and she was featured in the “HerStory” tribute to notable women on U2’s 2017 tour.

Oprah Winfrey – Best known for her talk show talk show “The Oprah Winfrey Show,” the host, actress, producer, media proprietor, and philanthropist has been called the “Queen of All Media.” She is the richest African American and the first Black multi-billionaire in North America. In 2013, she was awarded the Presidential Medal of Freedom and honorary degrees from Duke University and Harvard University.

Addie Wyatt – The first Black woman elected to serve as vice president of a major labor union, Wyatt also founded the Coalition of Labor Union Women (CLUW) in 1974, and also helped to found the National Organization of Women (NOW).