Myth One: “Not Enough Women are Writing” 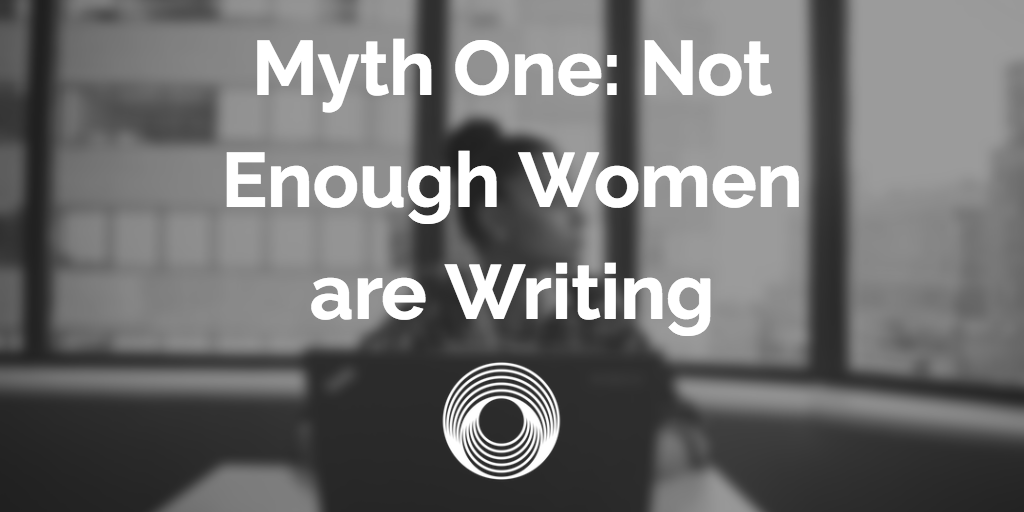 The real problem here is not that few women write, it’s that few women are represented in the literary world. We’ve all heard of legends like Toni Morrison, Maya Angelou, Gwendolyn Brooks, and Octavia Butler, but they’re often fighting for space on bookshelves and syllabi with William Shakespeare, Walt Whitman, William Faulkner… and the list goes on for literal centuries, as most configurations of the literary canon is overwhelmingly white, male, and deceased.

Women of color in particular are underrepresented. They get little help from the publishing industry, of which around 80% identifies as white according to Lee & Low Books, a publisher of children’s books. The good news is that women are not struggling to get into the publishing business, pulling 78-80% of the jobs, but evening back out at 60% as board members.

Nevertheless, women still struggle to get published, though the gap is slowly closing according to research from VIDA: Women in Literary Arts, a non-profit feminist organization that seeks to bring more attention to women, people of color, LGBT writers, and writers with disabilities — and the help of sites like writersofcolor.org. Here’s what VIDA found:

In their latest count of around one-thousand authors, a little less than half were female. Out of the nearly three-hundred demographic respondents, fifty-four said they were women of color. That’s around a sixth of the participants, and this is only the New York Times Book Review. VIDA makes one of these charts for every major newspaper and literary journal.

The 2015 U.S. Census report claims that by 2020, roughly half of the population under eighteen years old will be of a so-called “minority” group. With the minority and the majority coming to equal levels soon, we hope  sure we’ll see an even further increase in recognition of minority writers with the release of VIDA’s 2016 Count.

All of this, of course, does not mean that women of color aren’t writing, and the work publish at Obsidian proves that just the opposite is true. We’re proud to be doing our part to amplify the voices of writers in the African diaspora with not only our print journal, but with Obsidian Digital and now also with our new blog space #ObsidianArtReach. We see this space as, among other things, a place to continue that effort.