“What Not to Do… (an unfinished poem)” is featured in Obsidian 46.2.
In this serial work I name mostly Black and unarmed victims of police killings, spell out the
circumstances under which the force of the state randomly materialized in their lives, and
chronicle how they were executed. It is “unfinished” because since 2018 I have periodically updated the poem with the names of the newly murdered—offering a mere sampling of the
routine slaughter. 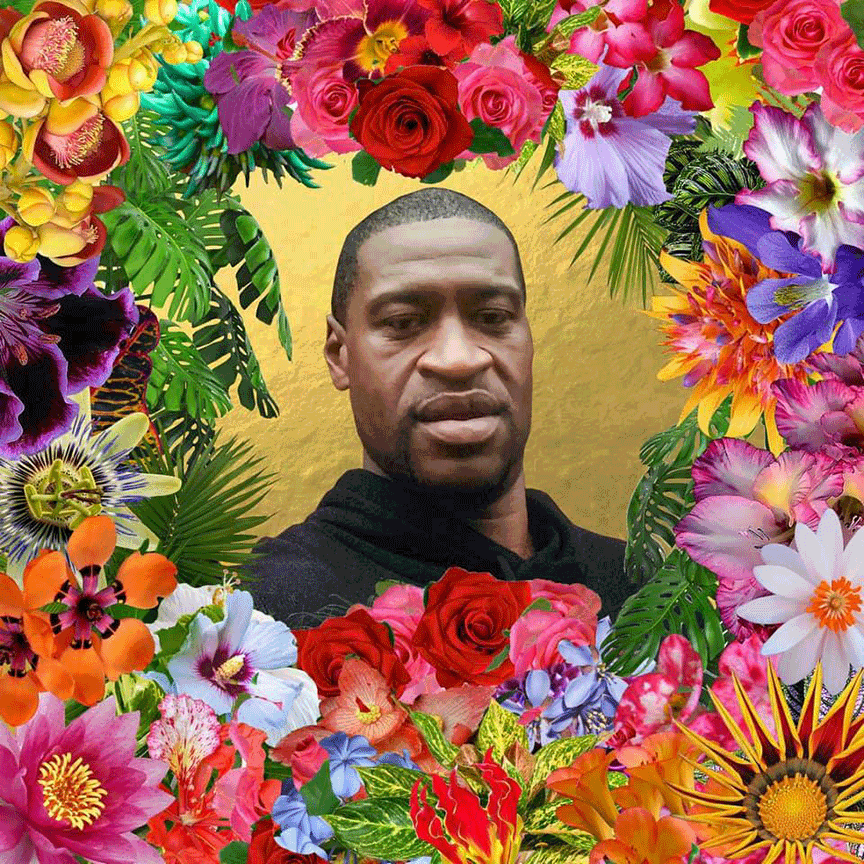 What Not to Do…
(an unfinished poem)

[Beyond Print, an Ongoing Web Feature] 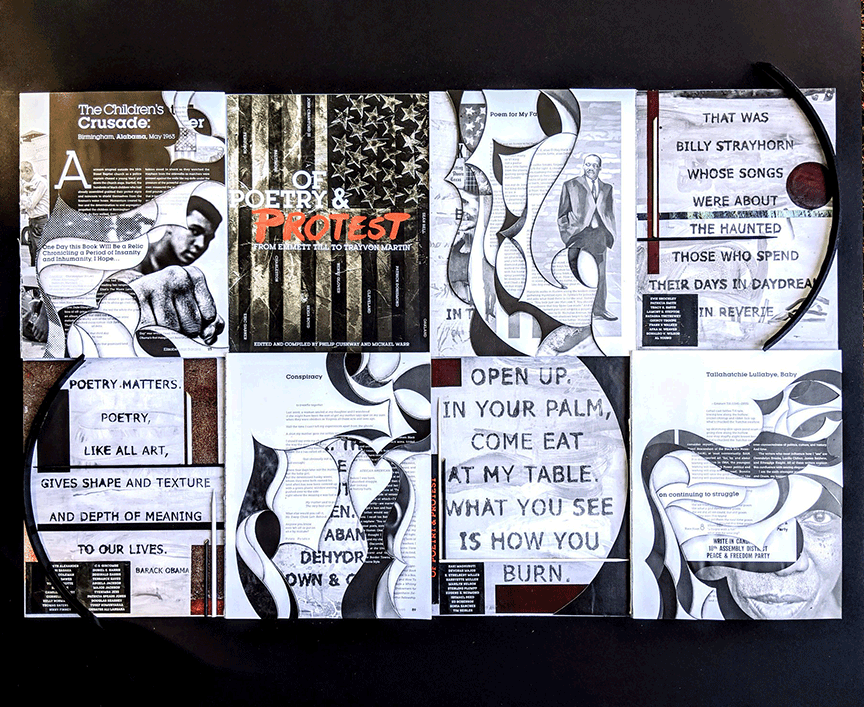 I create and experience art with the belief and expectation that creativity can contribute to the transformation of our social condition. That is why in the introduction to my book on unjust police killings, Of Poetry & Protest: From Emmett Till to Trayvon Martin (W. W. Norton), I call the anthology “a singular tool in a toolbox of many tools that will be lifted to fix what ails America.”

As news coverage on the epidemic of killings often vanishes and resurfaces only to disappear again, I recognized the need for an ongoing responsive digital platform that extends the issue beyond the pages of the book. At the core of that digital vision is my serial poem “What Not to Do… (an unfinished poem)” which I have been updating with the names of victims since 2018. The poem spells out the often mundane circumstances under which the victims became entangled with the police while at traffic stops, playing with a toy gun in a park, or even sleeping in one’s own bed. The poem also revisits how the victims were killed. The names that make it into the poem represent a mere sampling of the slaughter.

There are no signs of the crisis going away anytime soon. After the public execution of George Floyd in full view of a captive pandemic audience, there is more attention on the issue and more organizing on multiple fronts, whether it be legislative, street-level, or cultural. The arts are a means of influencing the movement against the killings and a “tool” that the non-artist can use in their own work.

The other component of this project is activating digital technology in the interest of poetry and social transformation. I have spent more than two decades integrating poetry with new media, including The Virtual Slam: Performance Poetry on the Net, way back in 1993, and more recently producing the Tracing Poetic Memory in Bayview Hunters Point, an online multimedia poetry project with digital artist and strategist Mark Sabb. I envision an online portal version of Of Poetry & Protest: From Emmett Till to Trayvon Martin in tandem with the poem “What Not to Do… (an unfinished poem)” that also provides access to other artists to share their writing, visual art, music, and other art forms on the theme.

Writing and updating “What Not to Do…” requires maintaining a critical eye on every word of the poem because it draws on the real-life occurrences of police killings and the loss of life as if pulling the incidents out of the headlines. Since the poem sticks to the facts and it is not drawing on metaphor, it is not making assumptions, or wondering what happened. This is challenging poetically. I wrote in an essay for the University of Arizona Poetry Center, “Searching for Language,” that I believe ultimately the form and language of my poems are tethered to their purpose. I am conscious of the shift made when moving from observation, commentary, cataloging, and searching, to a mode in which I am writing with the hope of transforming minds and conditions. When I write with the intention of transformation, I struggle with my belief that “language is not enough.”

I give examples of poems I’ve written where I find that the language is enough to convey my emotion, my message, and the reason I wrote the poem. However, for the intended purpose of “What Not to Do…” I find that language is not enough. I feel the need to connect the poem and its language to social movements, organizations, distribution platforms, and to people beyond the book or screen.

I also wrote that typically, poetic form is less important to me than the music, rhythm, and message of the poem. In “What Not to Do…” the form is critical and so necessary that I had to create a structure to maintain creative continuity in a poem that I would be revising with morbid regularity as the killings continue. I had to discipline myself to resist turning each despicable act into a separate poem. I had to restrain my journalistic instinct to add more detail and background. While writing and editing the poem I was less concerned with whether or not it was poetic and more concerned with creatively conveying its content. Its truth.

For me this means that every time I revisit and update the poem I will have to follow the structure that I created for myself down to the typography and punctuation of the piece. The periods, for instance, are used to indicate bullets.

My role, besides being a poet, is to honor the victims, make the unaware aware, and expose the perpetrators. As an Obsidian online feature, “What Not to Do…” will continue to recognize new victims. I plan to continue adding their names until the killings stop. 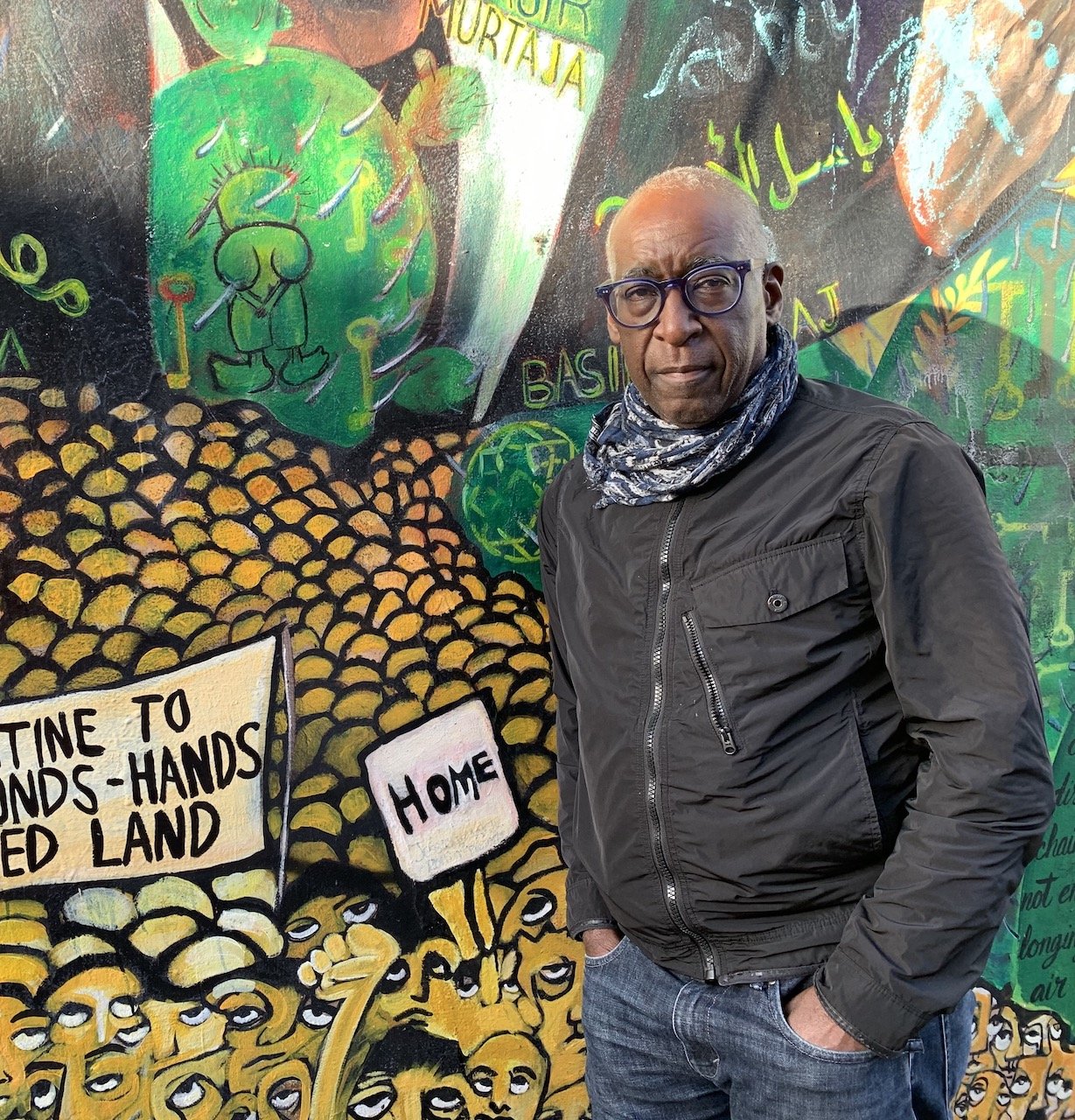 I trace my desire to be a writer, or at least to have my own book, back to childhood when I would take copies of my father’s Reader’s Digest and cover the articles with blank paper to create pages of my own words and images.

I first imagined being a poet after reading Gwendolyn Brooks’s “The Pool Players. Seven at the Golden Shovel” in the anthology Three Thousand Years of Black Poetry (which I stole). I arrogantly thought after reading her poem that “I can do that.”

Decades later a reviewer would refer to my life as a poet as evidence of a “literary long-distance runner.” In fact, my senior high school track coach Adam Banks was also my Black history teacher when he assigned our class a book report on Du Bois’s Black Reconstruction in America. I asked if I could write mine as a poem. He answered “yes” and changed my life.

More About The Poet

I wrote a 2200-word poem titled “Memoir of Malediction.” My greatest poetic influences were the Last Poets and Gil Scott Heron. Following high school those influences included Neruda, Vallejo, and Brecht. I moved from San Francisco to Chicago by 1976 and then to Ethiopia as a foreign correspondent in 1978.

After returning to the US in 1982 and returning to Chicago, I met Ms. Brooks in the flesh and had the privilege of becoming a friend and collaborator. She was the patron saint of the Guild Complex, an award-winning, cross-cultural literary arts center where I was the founding executive director. She surprised me in 1989 with a Gwendolyn Brooks Significant Illinois Poets Award. It was my first literary award along with my first check for poetry.

My debut book of poems, We Are All the Black Boy (Tia Chucha Press), was published in 1991. The manuscript led to a National Endowment for the Arts Fellowship, leading to publication in journals and anthologies and media recognition while I was still Director at Guild and preparing to step down to concentrate on my writing. My second book, the anthology Powerlines: A Decade of Poetry from Chicago’s Guild Complex (Tia Chucha Press), co-edited with Luis Rodriguez and Julie Parson Nesbitt, was released in time for Guild’s 10th anniversary and my farewell party in 1999. I had been on schedule to publish my next book of poems in 1993, however, the day that I returned to Chicago from an artist retreat in idyllic Lake Forest, IL, my new laptop was stolen with my manuscript in its digital guts.

Nearly twenty years later, in 2011, after many attempts to reconstruct my manuscript and rework the poems, I finally held my second book of poems, The Armageddon of Funk (Tia Chucha Press), in my hands. It won the PEN Oakland Josephine Miles Award for Excellence in Literature (I had returned to live in San Francisco in 2007) and the Poetry Honor Award from the Black Caucus of the American Library Association, which called the collection “a poetic soundtrack to Black life.”

My fourth book, on unjust police killings, Of Poetry & Protest: From Emmett Till to Trayvon Martin (W. W. Norton), published in 2016, sold out the first print run and was reprinted in 2019. It was named one of “twenty books of poetry that could save America.” I was named a San Francisco Library Laureate because of this book.

Michael Warr’s books include Of Poetry & Protest: From Emmett Till to Trayvon Martin, The Armageddon of Funk, and We Are All The Black Boy. He has received a 2021 San Francisco Artist Grant, the 2020 Berkeley Poetry Festival Lifetime Achievement Award, the San Francisco Library Laureate, a PEN Oakland Josephine Miles Award for Excellence in Literature, a Black Caucus of the American Library Association Award, an NEA Fellowship, a Creative Work Fund Award, and the Gwendolyn Brooks Significant Illinois Poets Award (his first recognition as a poet). His poems are translated into Chinese by poet Chun Yu for their Two Languages/One Community Project.

Of Poetry & Protest: From Emmett Till to Trayvon Martin

Poetry, Etc. The Armageddon of Funk

Warr, Michael. “What Not to Do… (an Unfinished Poem) [Beyond Print, an Ongoing Web Feature].” Obsidian: Literature & Arts in the African Diaspora, <DATE ACCESSED>, https://obsidianlit.org/project/michael-warr/.