Stacey Robinson, an Arthur Schomburg fellow, completed his Masters of Fine Art at the University at Buffalo. His art speculates futures where Black people are free from colonial influences. Stacey’s collected works reside at Modern Graphics in Berlin, Bucknell University, and the Schomburg Center for Research in Black Culture. 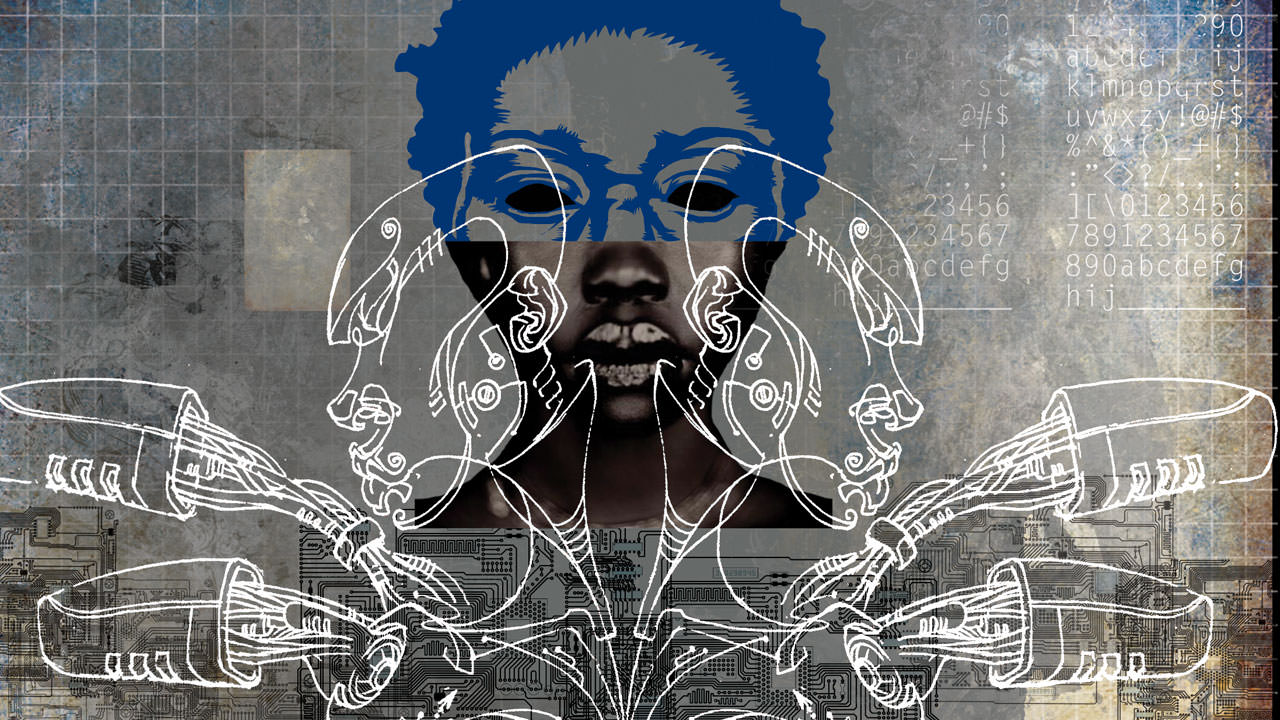 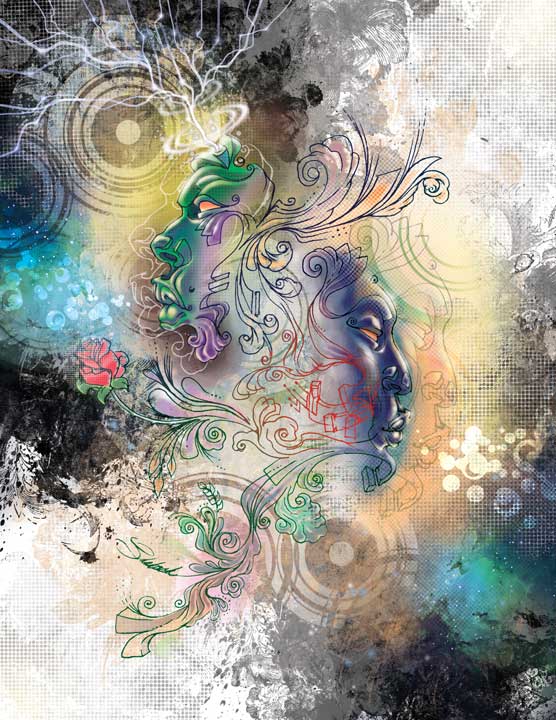 The Before and After 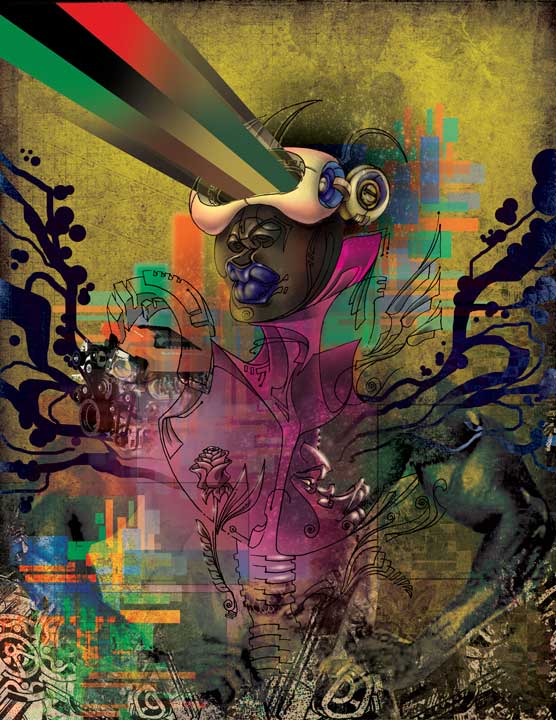 I create multimedia works as a form of Black resistance to colonial America. In detail my drawing, painting, comics, writings and performances examine Black culture and the Black body as a technology from past to speculative future in a narrative that addresses ideas and the intricacies of love, sex, religion and decolonization. I illustrate the conflicts of integration, miseducation, unresolved slavery, unresolved emancipation, and Black people’s lack of ability to self-organize and self-govern. In this I appropriate images of Black trauma to incite conversation to action and dismantle ideas of derogatory Black relations, pacificity, and docility.
When creating my counter assessment of Black stereotypes and misrepresentations of Black existence, I teeter at the edge of celebration and exploitation of Black culture with a use of postmodern appropriations. I utilize cultural symbols, machinery, and non-human life forms as survivalist metaphors for the Black experience. As a result, I revere Black culture while confronting the traumatic results of colonialism.

My exhibitions transform the gallery into temporary “utopias” (ideal space of peace). Through the typically racially, educationally, socially exclusive gallery system I seek to create spaces where open communication about Black liberation can take place between the usual patrons and the typically uninvited non white community, at least temporarily.

Some of my recent work as the collaborative team “Black Kirby” in conjunction with artist John Jennings deconstructs the work of artist Jack Kirby to reimagine Black resistance spaces inspired by Hip Hop, religion, the arts, and sciences. Additionally we collaborate with like-minded others to establish graphic narratives, cultural festivals, gallery exhibitions, and lectures.

Stacey Robinson, an Arthur Schomburg fellow, completed his Masters of Fine Art at the University at Buffalo. He is originally from Albany, NY, and graduated from Fayetteville State University with a Bachelor of Arts. His art speculates futures where Black people are free from colonial influences. His recent exhibition ‘Binary ConScience’ explores ideas of W. E. B. Du Bois’s “double consciousness” as a Black cultural adaptation and a means of colonial survival. Along with John Jennings, he is part of the collaborative duo ‘Black Kirby,’ which explores Afro Speculative existence via the aesthetic of Jack Kirby. He recently art directed “Unveiling Visions: the Alchemy of the Black Imagination” for the Schomburg Center for Research in Black Culture in Harlem, NY. He was a part of the exhibition “Invisible Ink: Black Independent Comix” at University of Tennessee, and the “Beyond the Frame: African American Comic Book Artists” presentation at the Flint Institute of Arts. Stacey’s collected works reside at Modern Graphics in Berlin, Bucknell University, and the Schomburg Center for Research in Black Culture. His work can be found at StaceyRobinson.tumblr.com.

Stay in the know.

Any cookies that may not be particularly necessary for the website to function and is used specifically to collect user personal data via analytics, ads, other embedded contents are termed as non-necessary cookies. It is mandatory to procure user consent prior to running these cookies on your website.