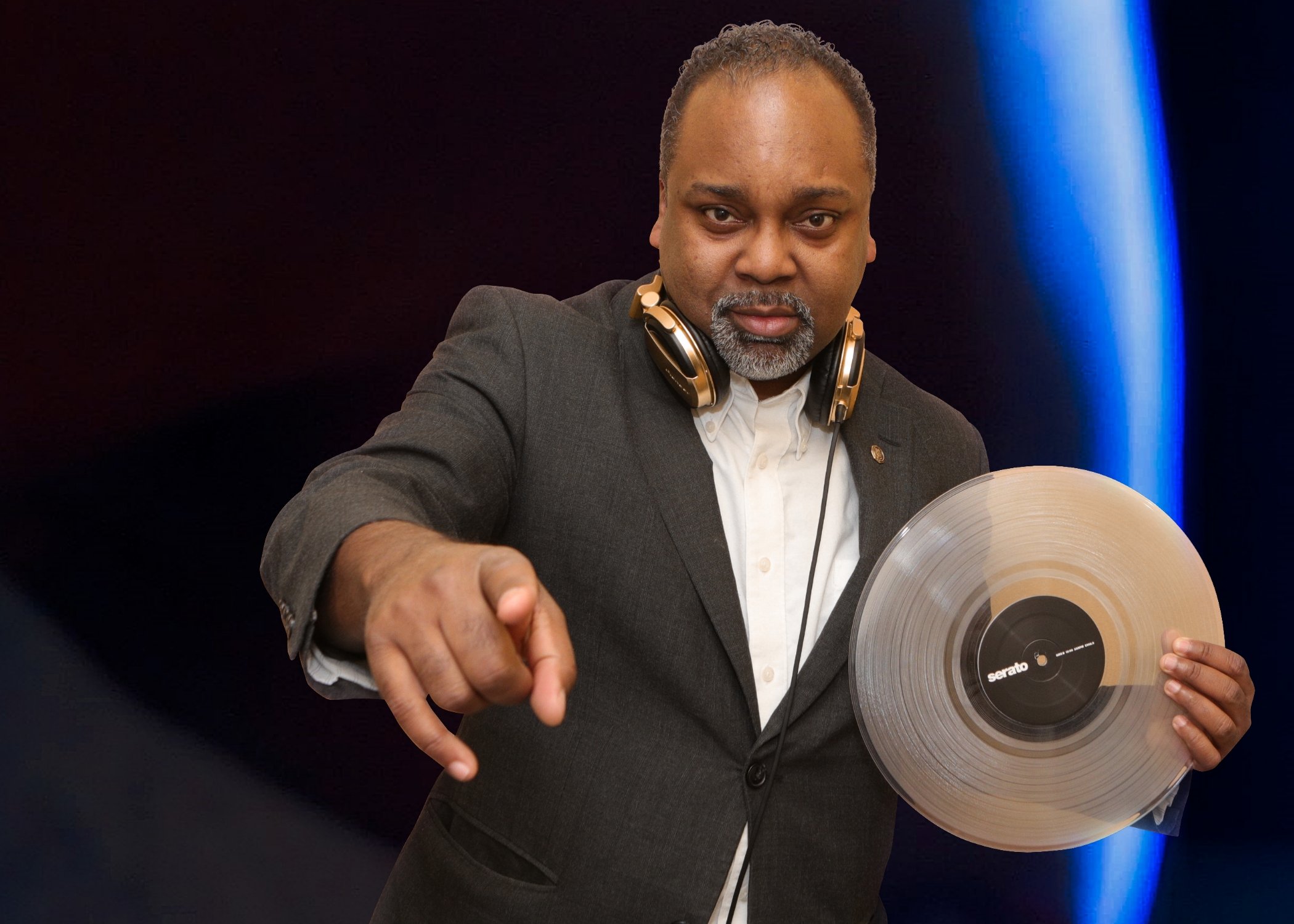 I am a lover of music, first and foremost. There was always music playing in the house as I was growing up, whether it was my parents, aunts, uncles, or cousins; everything from funk, soul, R&B to rock & roll and later, hip-hop. I fell in love with hip-hop at an early age and tried on a few different roles (B-boy, MC, beatbox) before I settled on being a DJ.

If you love music enough, you will eventually attempt to create it. I often wrote rhymes as a kid and participated in several hip-hop acts over the years. Electronic music classes in high school and college provided me with a foundation in music production, which eventually led to my first album, Eternal Weekend, released in 2019. Later that year, I relocated to Berlin, Germany, to pursue my DJ career full time.

The outbreak of the coronavirus pandemic in early 2020 thwarted my plans for Berlin, but it did provide me with the luxury of time, which I spent recording my second and third albums, CTRL ALT DELETE and Back to the Present.

The track featured here, “The Great Reset,” is the intro from my second album, CTRL ALT DELETE. Recorded in 2020 at the height of the pandemic, during a time of racially charged civil unrest in the United States, “The Great Reset” reflects the opportunity presented by the pandemic for us to re-examine our values as a society and focus on what’s really important to us. Composed from a definitively American perspective, it includes words from the Declaration of Independence, in the familiar voices of MLK and JFK. These words are intended to focus the listener on what African Americans and other disenfranchised groups in the US have been demanding of their country since its inception: Be what you say you are. Live up to the values so eloquently stated in your founding documents. Realize your potential. Fulfill your promise.

Additional audio clips curated from the Library of Congress’s Citizen DJ archive remind us of America’s resiliency, and its capacity for change when “We, the People” exert our collective power. As the title implies, “The Great Reset” invites us to take a step back, refocus, and start anew, as we have done so many times before. The selection of inspiring clips from familiar voices is layered on top of a boom-bap backdrop of hard-hitting drums, complimented by bass, organ, piano, and synth sounds. It is a sonic tapestry that I hope will inspire and motivate the listener to action.

I can be found online at https://djdskillz.bandcamp.com

DJ D–Skillz began his career at the age of 14 in Washington, DC’s Takoma neighborhood in the summer of 1988. Shortly thereafter, he enrolled at the prestigious Phillips Academy in Andover, MA, where he honed his craft rocking campus dance parties and spinning on the campus radio station, 91.7 FM WPAA.

After graduating from Andover, he enrolled at the University of North Carolina at Greensboro, where his weekly hip-hop show The Hip–Hop Meltdown became a local favorite on 103.1 FM WUAG. The popularity of the show quickly landed him regular spots at hip-hop clubs in Greensboro and the surrounding areas in North Carolina and southern Virginia.

A veteran battle DJ, D-Skillz has competed in numerous DJ competitions, including the prestigious DMC mixing championships. He has performed at venues across the globe, including New York, Los Angeles, and Berlin. He currently resides in Las Vegas, NV.

You can catch D-Skillz in action on his weekly show Legacy Radio, which airs every Friday 7pm to 8pm ET on itsfreshradio.com or at his weekly residency at Oddfellows in downtown Las Vegas.